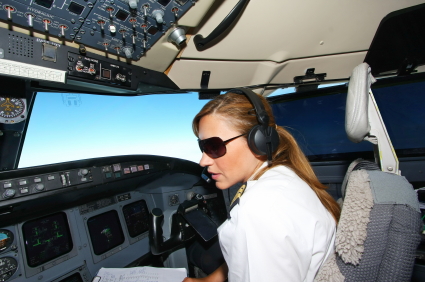 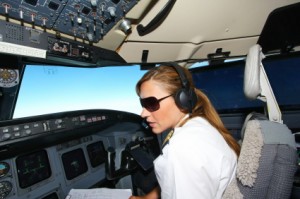 I had many responses to my previous article about obtaining as much experience as possible while waiting for hiring to resume.  Many of the responses were similar in nature so this is an attempt to answer your concerns.  For those who missed my earlier article, I encouraged those who are stuck in the regionals or at a corporate job to try to pick up another type rating to make themselves more attractive to the hiring managers.  I explained that the competition will be quite fierce once the majors start hiring again.  It is important to separate yourself as much as possible from everyone else and one way to do that is to gain as much experience as you can.

There’s good news! It appears that we may soon see some hiring trends in the majors which will free up spots below and make the whole system start to hire.  In other words, once the majors start to hire, the regionals will then need to backfill.  Once the regionals need to backfill, they will take from the schools and small operators.  Those in corporate jobs looking to go elsewhere will also start to pick up positions and the need will arise to backfill those spots. We have seen Jetblue start to hire, Airtran has brought the furlough back and is hiring, and Delta is slated to hire 300 starting in August.  But, as I mentioned, the competition will be fierce.  Let’s look at Delta. Out of the 300, some will be taken from the flow-through program with Compass.  It is anyone’s guess how many slots will be left for those applying outside of Delta.  However, with so many experienced pilots from the majors out on the street, you know it will be very competitive.

This brings us back to our discussion as to how we can help make ourselves stand out.  Many of you made a good point regarding the slow movement and inability to upgrade in this industry.  You asked: “What else can I do?”  Well, to answer that question, we need to put ourselves in the shoes of the hiring board for a few minutes and see what they are looking at.  Imagine your selves on the Delta hiring panel.  What would you want to see?  How would you choose from the thousands of résumés that will be coming in?  We need to break it down.  Here is a good example: A friend of mine is a CFI with 1200 hours and started out at a local flight school. At the same time, he was courting another company with hopes of getting in when they started to hire.  For six months, he kept in touch with the chief pilot with occasional calls and emails.  Then the company announced it was going start hiring in anticipation of a busy summer.  As my friend was following up with the chief pilot, he found out one of his coworkers got hired.  He, in turn, was told by the chief pilot that it was unlikely he would be given an interview.  Needless to say, he was angry and hurt.  When we spoke about it, I asked about the credentials of the guy who was hired.  He told me he was a CFII and MEI with an A&P license and had about 2000 hours.  Can you blame them?  Wouldn’t you do the same thing?  I know my friend is a nice guy but it is the experience that counts.  How did he look to them?  He never bothered to get his instrument instructor rating or MEI.  To me it shows lack of initiative and drive.

Now transition back to the Delta board; what are they truly looking for?   When looking at a candidate, a hiring board wants, among other things, to make sure the candidate can get through training.  The cost of a washout is about $30-40K depending on the aircraft and company, not to mention a huge waste of time. They also want to make sure the candidate is not going to bend an airplane for obvious reasons.  The candidate should be a stand-up guy who is fun to be with in the cockpit for 5 hours at a time but still takes the job seriously.   What you are trying to do during the interview is assuage their fears that you will wash out of training or bend an airplane and that you are a safe and confident pilot.

It is very important to demonstrate competence.  Many of the responses I received from regional FO’s were from pilots unable to upgrade.  They asked if it made sense to take a right seat in a different aircraft.  They explained that due to lack of movement, they were stuck in the right seat.  I sincerely don’t think it could hurt you. However, before jumping in, look first at the pros and cons. The first question is always whether you will get a pay increase.  Many companies have an increase in pay as you fly more seats.  The main negatives would be quality of life changes and seat lock.  Ask if switching to this new plane would put you on reserve or force you to commute to a new base?  Will you be seat or aircraft locked for 2 years or 12 months when you would have otherwise been able to upgrade to Captain.  Can you go back down to a smaller plane as a captain in the future?  Some regionals have aircraft on different certificates and only allow you to make one change or only allow you to move to another if it is for an increase in equipment size.   You need to make sure that you are not jeopardizing your quality of life or career advancement for a short term bump.  I realize this is not an easy decision, but you need to do your homework in order to make your best decision.  Everything being equal without any negative consequences, I would suggest training in a new plane in the right seat.  Even though it is an SIC rating, it still shows that you can be trained and can handle different equipment.  Again, the end goal is to demonstrate to the interview board that you are trainable and have been through many programs.  As an aside, the more 121/135 aircraft training programs you go through, the easier it gets because you become more comfortable with the systems and training procedure.

Good luck to all in this situation and let me know if I can be of any help.